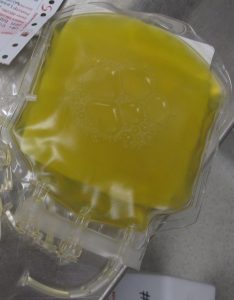 Health Canada has opened the door for private clinics to buy blood plasma from donors. Commercializing Canada’s blood supply is not only a dangerous precedent, it’s wrong.

In February of 2016, Health Canada issued an operating license to Expharma/Canadian Plasma Resources to open the first paid plasma donation clinic in Saskatoon. The company has also indicated that it has similar licenses pending in Manitoba, British Columbia, and here in Alberta. Like a bad smell, this bad idea is blowing west.

So, what can the people of Alberta do?