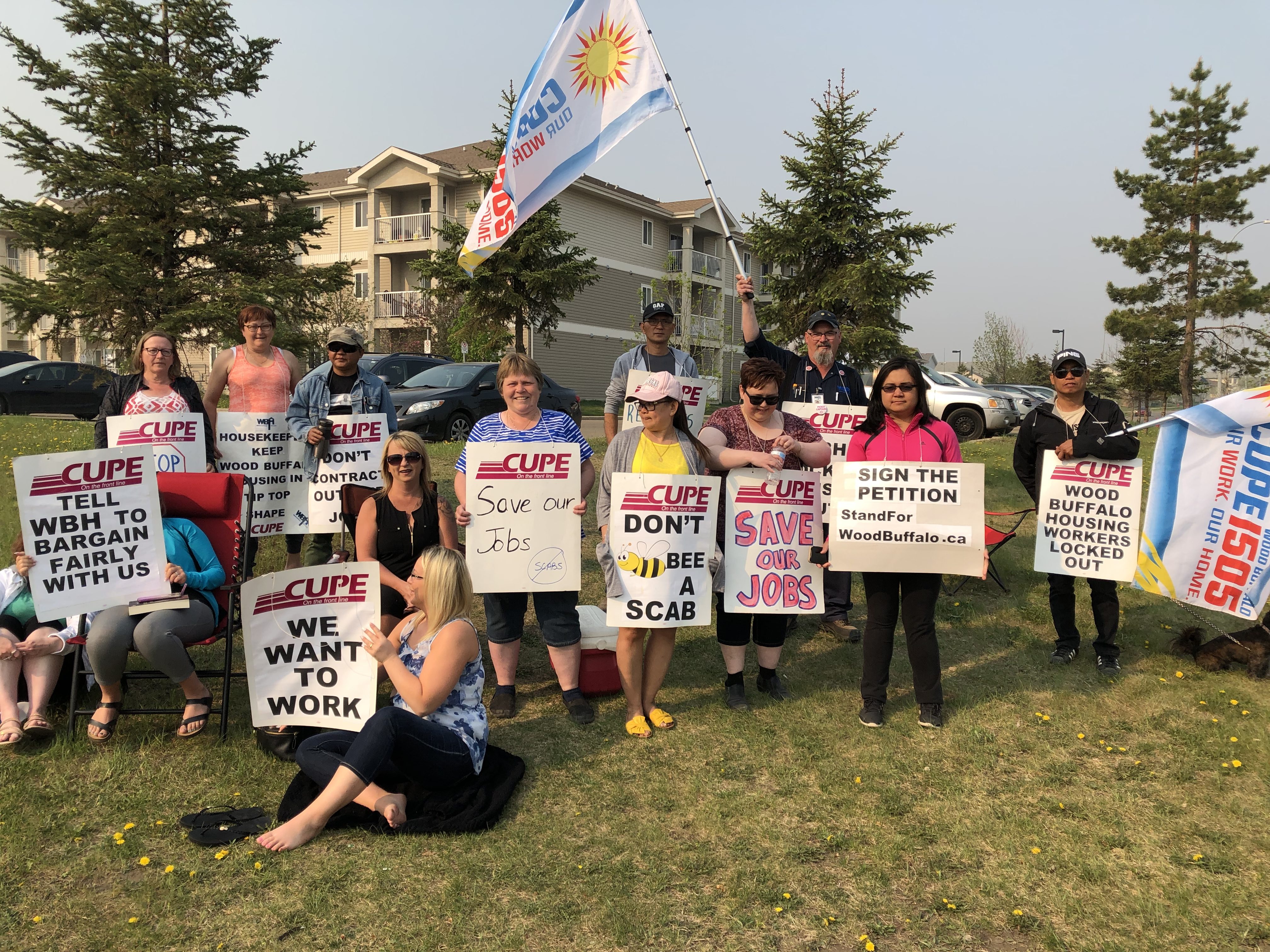 CUPE 1505 and the housing authority continues at a slow pace.

Earlier today, Wood Buffalo Housing issued a news release outlining its perspective on how bargaining has progressed.  CUPE 1505 President Judy Collier was unimpressed. “They did not provide accurate information” said Collier.  “For instance, three members have been moved to the Rotary House Collective Agreement, not two.”

Collier said CUPE remains committed to fighting for employees who are committed to the region instead of replacing them with “low wage contractors.”

“The union is committed to increasing its pressure campaign.” Collier said.  Union advertising was expanded on Friday to movie theatres, and that they are looking at bringing pressure on WBH board members.

“The WBH board members have been too quiet,” said Collier. “They can take a stand and end this mistreatment of their employees. We’re not prepared to let them hide much longer.”