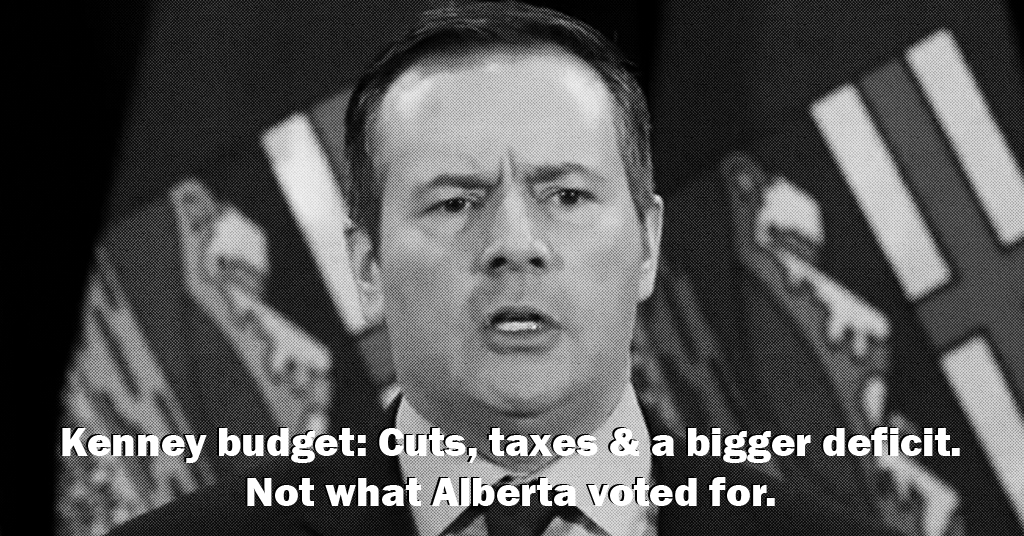 During the provincial election, Jason Kenney promised to ‘maintain or increase’ public services, lower taxes and bring down the deficit. His first budget breaks all three of those promises.

Here are some of the details.

What are the alternatives? Don’t we have to balance the budget?

Jason Kenney says he will balance the budget by 2023 – the exact same timeline the Notley NDP government was working toward without all the cuts. Under Kenney – the budget deficit is expected to increase by $2 billion this year!

The Kenney cutbacks save $1.3 billion. The corporate tax give-away cost $4.5 billion. Cancelling oil by rail cost $2.5 billion this year alone. And our deficit is growing higher under Jason Kenney than it would have been under the NDP.

These are the choices Jason Kenney has made.

Have we missed anything? Gotten something wrong? Email larab@cupe.ca with suggestions.