CALGARY — A union representing 5,000 health care workers says the Kenney government has failed to address problems in long term care and meat packing. According to the Canadian Union of Public Employees, this failure is the reason Calgary cannot reopen with the rest of 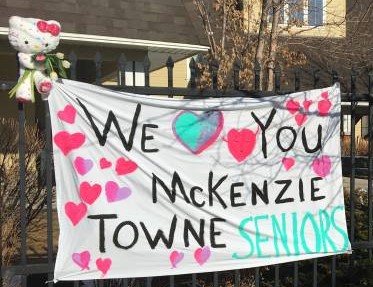 “Calgary is still closed because the UCP would not talk to front line workers about safety issues,” said Rory Gill, President of CUPE Alberta. “The biggest COVID outbreaks are in meat packing and long term care, because they messed up both files.”

“The province of BC put single site staffing rules in place in about two weeks,” said Gill. “Two months into a pandemic, we are still waiting on the Alberta government to figure it out.”

“The Kenney government doesn’t get why we are still seeing outbreaks in long term care centers,” said Gill. “We need more staff, and better safety procedures.”

Gill says the UCP still can’t figure out what it is doing with wages in the sector. On April 10, the minister stated there would be a $2/hour raise for one classification of employee. “Over one month past that announcement, and no one has received a dime. How do you recruit more workers if you don’t pay them enough?”

“In Ontario, the Ford government gave a $4/hour increase for all long term care workers, including housekeeping and dietary aides. “Ford did that weeks ago,” said Gill. “What’s taking Kenney so long?”