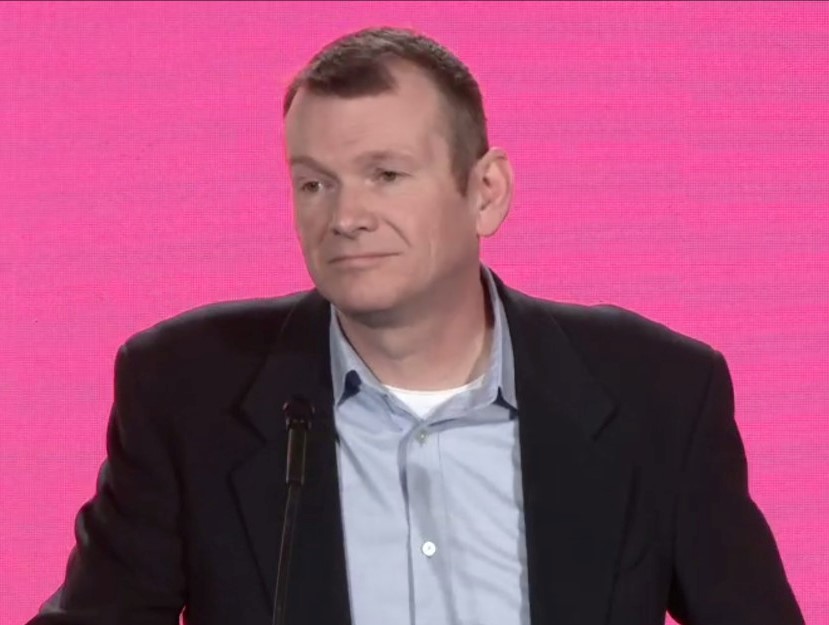 CUPE Alberta President Rory Gill opened his report to the CUPE Alberta Convention by recognizing the incredible challenge that the last year has been for all of us, but also the way that CUPE members have stepped up to meet those challenges.

“The more adversity we’ve faced, the stronger we’ve become, together and it’s together that we will keep getting stronger and overcome the challenges of these times, no matter how daunting and tough they may be.”

Gill said that the actions of the provincial government and UCP MLAs have also made the year even harder – refusing to reduce class sizes, ignoring advice from health officials, and topping it all off by putting Albertans at risk for the sake of a few days on the beach.

“I have said it many times and will keep saying it until the day the UCP is sent packing by the people of Alberta; the only thing Jason Kenney is good at is making things worse!”

Gill also saluted all of the front-line workers in the province putting themselves at risk every day, thanking them for their service and dedication.

“In CUPE when we say we honour front line workers, we mean it and we follow through by fighting for decent pay, safe working conditions, good benefits and fair and secure retirement.”

Gill explained that Kenney’s latest budget not only cuts education, health care, and many other essential services, but cuts them to pay for corporate tax cuts, bad investments, and poor government.

“The budget is backwards, broken and making life harder for most Albertans.”

Gill emphasized that CUPE Alberta isn’t standing still, but is fighting back with an ambitious campaign of education and mobilization, which has expanded CUPE’s reach and made a difference.

“We have to keep educating Albertans about the damage Jason Kenney is doing to our province, and we have to activate people to work hard to throw this dangerous, radical government out.”

Gill closed by pointing out that Kenney’s union-busting Bill 32 is also backfiring and will never shut CUPE up.

“Jason Kenney’s going to regret this bill as we speak with every single CUPE member in Alberta about the damage it’s doing.”