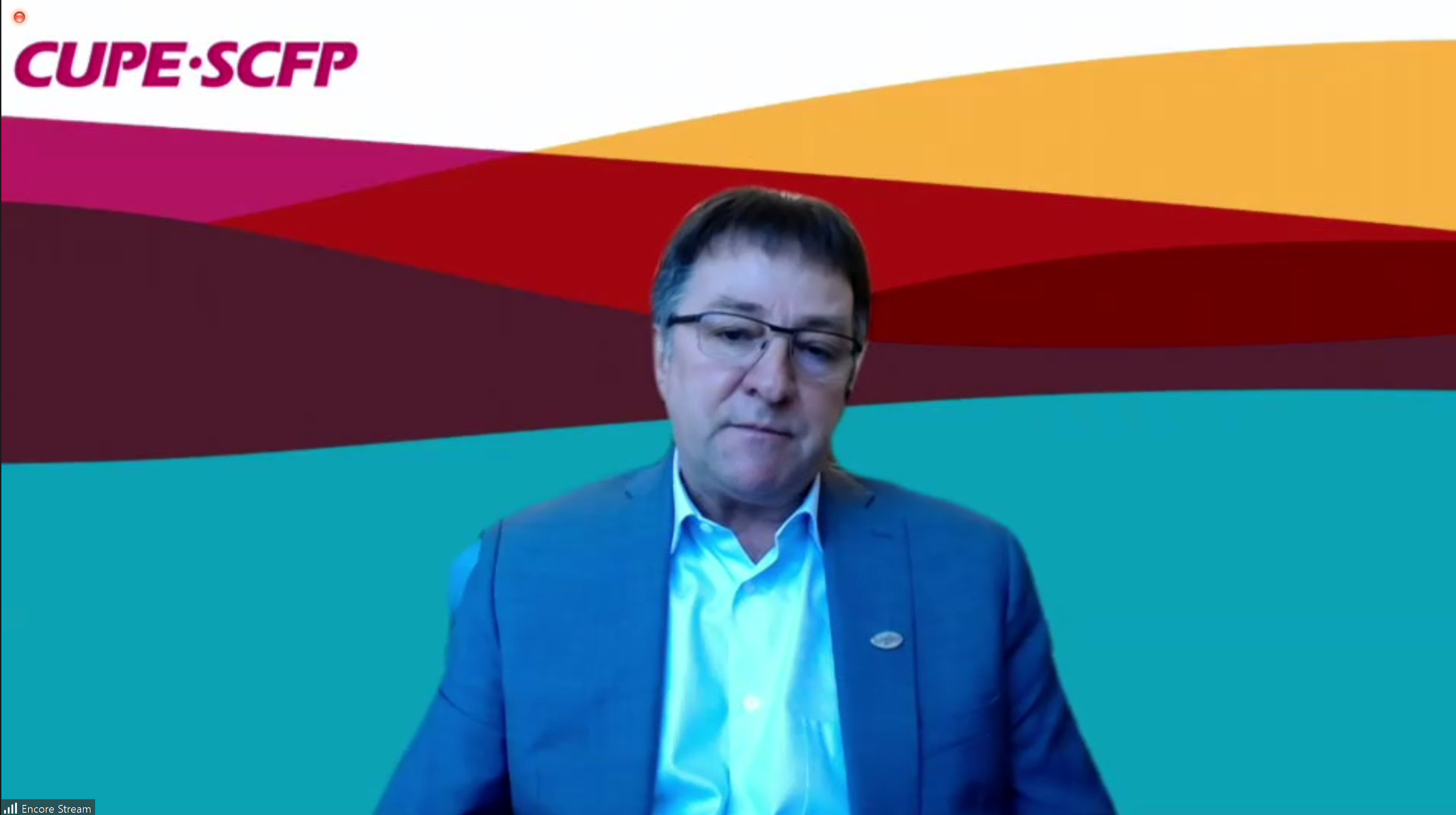 National Secretary-Treasurer Charles Fleury brought a clear message to the  CUPE Alberta Convention: CUPE has the resources we need to back the important fights we face.

With thousands of members laid off, we had to find operational savings – and every single budget line was reviewed, line by line. “Because of this effort, I am extremely proud to say we will maintain almost all services and programs in the coming year.”

Fleury noted that this would include CUPE Alberta’s fight to protect union rights against Bill 32, as well as helping elect worker-friendly candidates in the municipal elections this fall.  Last year, CUPE National funded $1.6 million for division campaigns.

“With CUPE’s solid financial foundation, I am positive: we will be able to face the challenges ahead.”