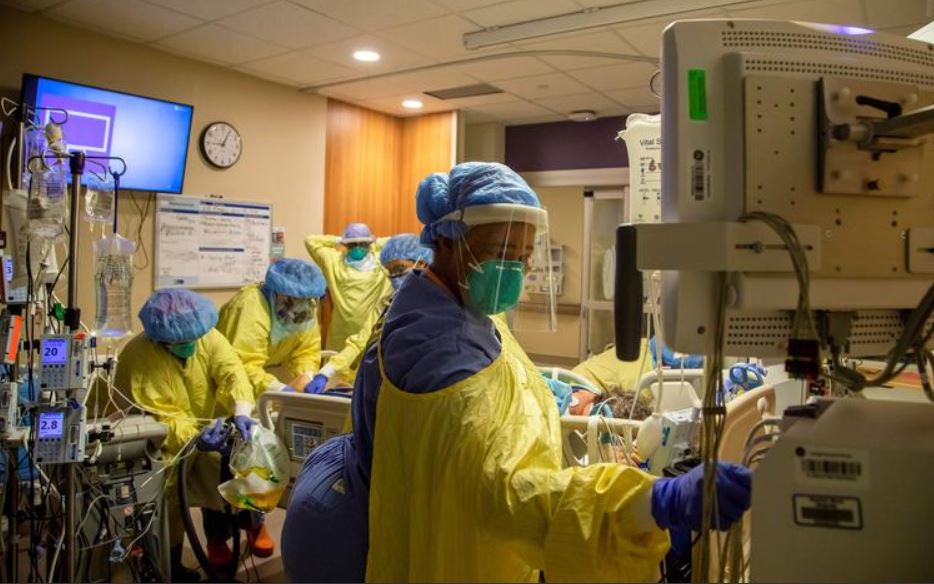 EDMONTON – The leaders of Alberta’s largest health care unions are calling on Premier Jason Kenney to ask the federal government to immediately deploy the military, the Red Cross and all other available medical resources from across the country to assist the province’s overwhelmed hospitals.

Taken together, the United Nurses of Alberta (UNA), the Alberta Union of Provincial Employees (AUPE), the Health Sciences Association of Alberta (HSAA) and the Canadian Union of Public Employees (CUPE), represent more than 100,000 people working in Alberta’s health care system.

The presidents of all four unions say Alberta’s health care system is not just “on the verge” of collapse – they say it’s actually collapsing right in front of our eyes.

There are recent precedents set for this kind of action. Just five months ago, in April 2021, three military medical units were deployed to support long term care facilities in Ontario as they were overwhelmed by the third wave of the pandemic. The federal government also paid for the Red Cross to be deployed and helped coordinate assistance from other provinces.

“They cannot act unless you ask them to act. So please, on behalf of our beleaguered members on the front-line of this crisis, and on behalf of all Albertans, we are officially asking you to request help from the federal government.”

Quotes
“The Alberta government says they’ll continue to open up ICU beds as needed to deal with the fourth wave. But beds mean nothing without properly qualified staff. And there are simply no more experienced people to mobilize.” – Heather Smith, UNA President

“We represent some of the lowest paid and least recognized workers delivering care to Albertans through this crisis. They’re giving everything they can give, and then some. But the tank is empty, and they’re exhausted and demoralized. We can’t wait for the dust to settle from the federal election. We need help now.” – Guy Smith, AUPE President

“Our paramedics are overstretched and exhausted. There are no more respiratory therapists. Everyone is either working or sick. There are no more rabbits to pull out of the hat. That’s why we need our Premier to swallow his pride and ask the rest of Canada for help.” – Mike Parker, HSAA President

“We’ve run out of staff and we’ve run out of options. This fourth wave of the pandemic is collapsing our health care system. I think we should all call this wave of the pandemic the Kenney wave because he created it with his selfish and reckless ‘Open for Summer’ policies. In the coming weeks and months, we’re going to make sure he’s held accountable. But for now, Kenney needs to finally take responsibility for his failures and get more staff to the frontlines to protect Albertans. That’s why we are asking him to request the federal government to send in the military.” – Rory Gill, CUPE Alberta