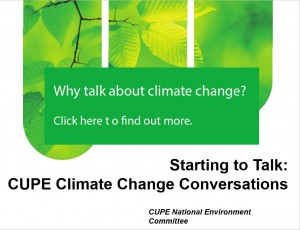 I am pleased to share with you CUPE Alberta’s pre-budget submissions for the historic 2015 provincial budget, the first to be brought down by the new NDP government.

In the few short months that Premier Rachel Notley and the NDP have been in power, they have already brought forward substantial and progressive legislation. We commend them for moving so quickly to enact real change that brings more fairness in Alberta’s highly regressive taxation system, increases the minimum wage and reduces user fees for public services. We applaud these and other swift changes that show the NDP government understands and values the importance of dignity in all workplaces.

Still, there is much more to be done during these difficult economic times. CUPE Alberta’s position is that the government can deal with its deficit while still having room to increase investment in quality public services. Specifically, our budget recommendations include:

Please read our full submissions and recommendations below.

Today’s provincial budget chips away at the incomes of hard-working public employees and their families while failing to increase revenues through progressive taxation, CUPE Alberta Treasurer Glynnis Lieb said.

“Once again, the Conservative government attacked middle class workers instead of looking to wealthy Albertans and corporations for their fair share of tax revenues,” she said.

CUPE Alberta has called on the province to replace its flat tax with a progressive tax system and increase resource royalties and corporate taxes.

“This is simply not true,” Lieb said. “Alberta falls below the national average when it comes to how much we spend on public services, on a per person basis.”

“And as a portion of our overall economy, Alberta spends LESS than any other province,” she said.

Lieb said that CUPE Alberta will consult with their members on how to respond to the budget.

“Unlike the Premier, we’ll listen to what our members have to say,” she said.

“One thing is for sure: we’ll tell our members that they have to get out and vote,” Lieb said.