The Canadian Union of Public Employees (CUPE) filed a legal challenge against Alberta legislation they say is designed to tie unions in red tape and limit their freedom to exist.

CUPE Alberta President Rory Gill, one of the plaintiffs in the case, says changes to labour laws passed by the United Conservative Party were ‘a kind of low-level union busting you might see in the southern US or a Central American dictatorship.’

Specifically, CUPE is challenging the provisions of Bill 32, Restoring Balance in Alberta’s Workplaces Act, (2020). The bill mandates that unions operating in Alberta must:

“The UCP want unions to spend all our time collecting signatures from every dues payer,” said Gill. “Time spent in this exercise is time not bargaining better wages and working conditions, and time not defending members. And in the UCP’s eyes, that’s a good thing.”

Gill says CUPE and other unions operate in a fully democratic manner and pointed out that the government doesn’t practice what it preaches.

“I’d like to not pay taxes for the so-called war room, or the $7 billion wasted on the failed Keystone pipeline, but the UCP doesn’t give anyone the option to opt out of those projects.”

CUPE’s Statement of Claim, filed today at the Court of King’s Bench of Alberta, charges that the legislation contains restrictions on the freedom of association and freedom of speech of CUPE and other unions.

Gill says the legislation is an attempt to stop CUPE from taking public positions on Alberta issues like health care, education funding or job creation.

“Every CUPE local has monthly meetings that any member can attend and ask questions, move motions, and vote on the spending and actions and positions of their union. We are very democratic. But the UCP doesn’t like the political direction CUPE has been given by our members in open votes. So they are trying to use legislation to shut us up.”

CUPE’s submissions note that there are no similar restrictions on union activities in any other province or the federal sector.

“This law blatantly tries to gag expression, it’s an attempt to stop workers from democratically governing themselves. It’s unconstitutional and we intend to prove that in court. 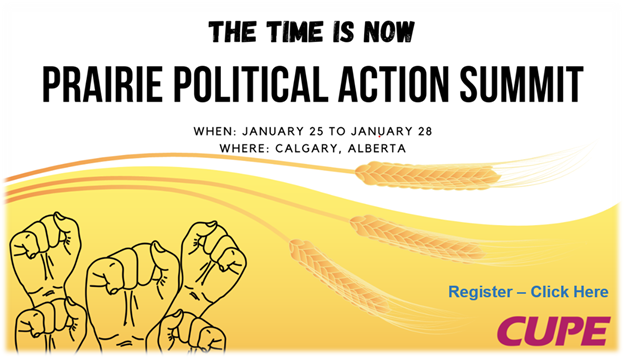 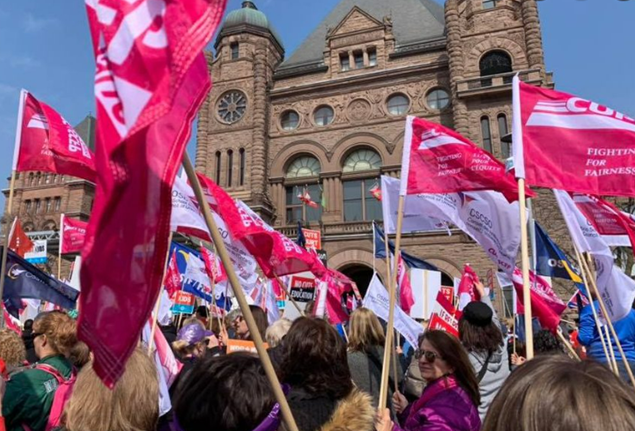 Yesterday was a historic moment that saw CUPE’s 55,000 education members in Ontario, ably and inspirationally represented by their President Laura Walton, achieve a victory that seemed impossible a week ago.

These brave workers, the vast majority of whom are women, put everything on the line to fight for all of us and our rights against a conservative government that was contemptuous of working people and intent on keeping workers poor and powerless.

Their courage and unwavering dedication to the protection of children and the public education system left Doug Ford no choice but to repeal Bill 28 and return to the bargaining table.

This is important. If the conservatives had succeeded in using the constitution’s ‘notwithstanding’ clause to force a contract on CUPE members, free collective bargaining would have been virtually over in Canada. Other provinces, in particular those with conservative governments, would have done the same anytime workers disagreed with an employer’s wage offer. Having defeated Doug Ford’s attempt to quash our rights, other governments will think twice before trying that tactic again.

The victory is momentous, we should be proud of it, and enjoy it. But is not the end of our struggle. In Ontario, our members must now press the conservatives for a fair and decent contract. And in the rest of the country, we need to build on this success.

This recognition is especially important here in Alberta. The rallying slogan of the strike in Ontario was ‘$39,000.00 is Not Enough.’ There is no doubt it isn’t, but it is $12,000 more than the average education worker makes in Alberta. Our K-12 members have not seen a wage increase in eight years.

Instead of addressing this shameful situation in Alberta schools, our premier encourages disunity in our country, offers no relief for inflation and peddles ridiculous and dangerous conspiracy theories.

We don’t have to put up with this any longer. We know that worker power is real, the people are with us and change is coming.

I promise you I will work with everything I have to make things better for our members and the people of Alberta.

In times of trouble and set back Tommy Douglas’ words; ‘Courage friends; tis not too late to build a better world’ have given me hope. In this time of victory, they are also with me and have never been more true.

Our members, our union and our movement are building that better world right this minute and I am so happy and proud to be with you while we do it.

All the very best and Solidarity Forever! 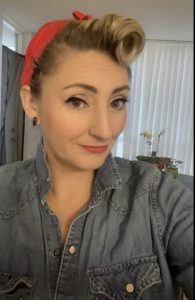 Laura Walton and 55,000 education workers won a battle that will have a positive impact on workers for generations.

We are so proud and so thankful that Laura is part of CUPE! 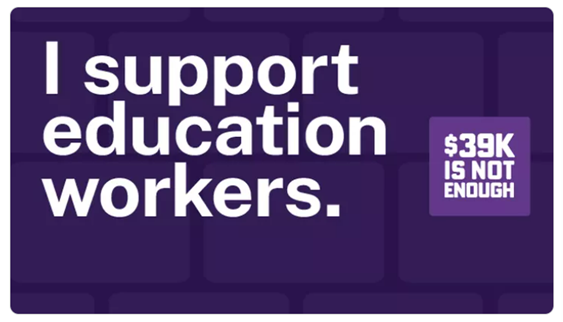 Doug Ford has decided to force the most underpaid Education Workers to protest for their rights to fair wages and services for our kids.

While Ford is ok with the fact that 1 in 4 of these workers rely on food banks, even while they are working, we are not.

To support the Ontario Education Workers please click the go fund me icon below to be re-directed to donate. 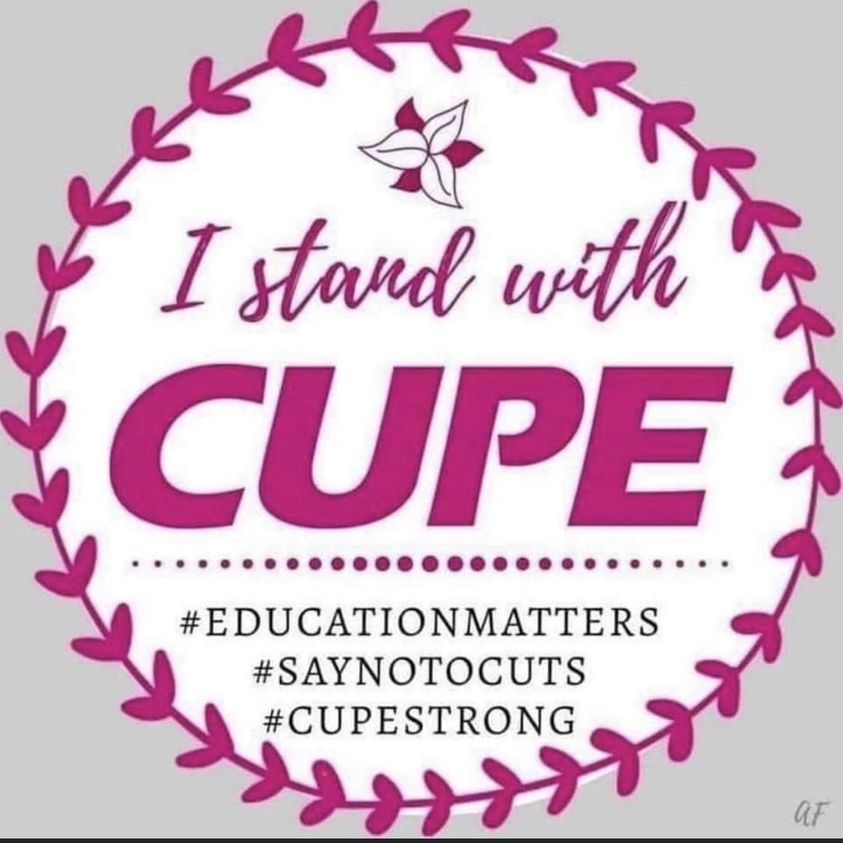 The Conservative government of Ontario is overriding the constitutional rights of education workers in that province.

For years, governments across Canada got in the habit of legislating an end to difficult negotiations. They would avoid discussions at the bargaining table and just pass a law imposing a contract on workers.

But over the last number of years, the courts have said enough. Courts have ruled that the Charter of Rights and Freedoms gives workers, including public sector workers, the right to belong to a union, the right to free collective bargaining, and the right to strike if they wish when their employer won’t budge.

The issues of education workers in Ontario are very similar to the issues faced by CUPE members in Alberta. In this province, school support workers have not seen a wage increase in eight years. In Alberta, an educational assistant makes an average of $27,500 per year.

Conservatives in Ontario have decided that instead of trying to come to a settlement – they will use their majority to force their will upon the lowest paid workers in the system.

It is not lost on us that if the Conservatives win in Ontario, we will see the same tactics used here in Alberta. Our wages will go even deeper below the poverty line. Even more workers will quit, and there will be even more vacancies in schools than there already are. Special needs students won’t get the care they need, schools will get dirtier and in greater states of disrepair, and good luck waiting to talk to anyone in the front office, or even getting your call directed.

School workers deserve a living wage. Students deserve the help they need. And Conservative governments deserve defeat at the polls.

We stand very much with the school workers on strike today in Ontario. 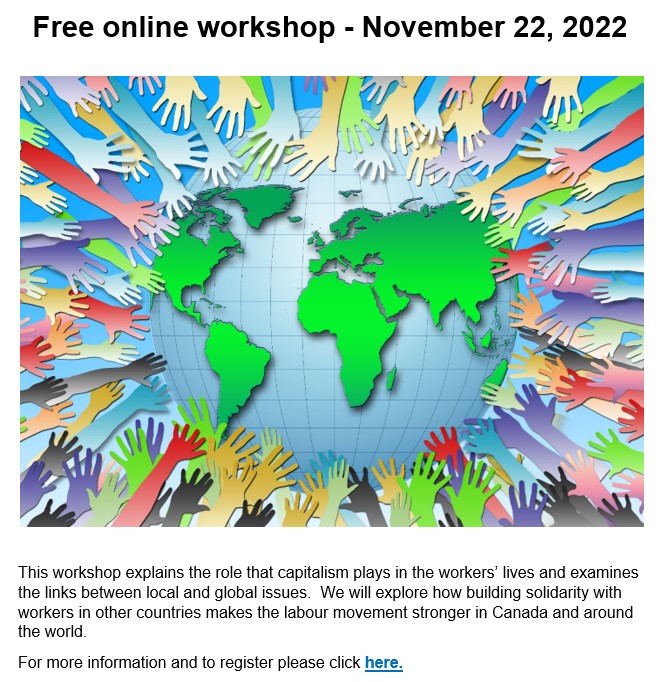 Congratulations Brittany Switzer from Morinville AB the 2022 Rick Malcolm Scholarship Winner.
On behalf of CUPE AB and Local 1099 please join us as we wish Brittany all the best in her education journey. 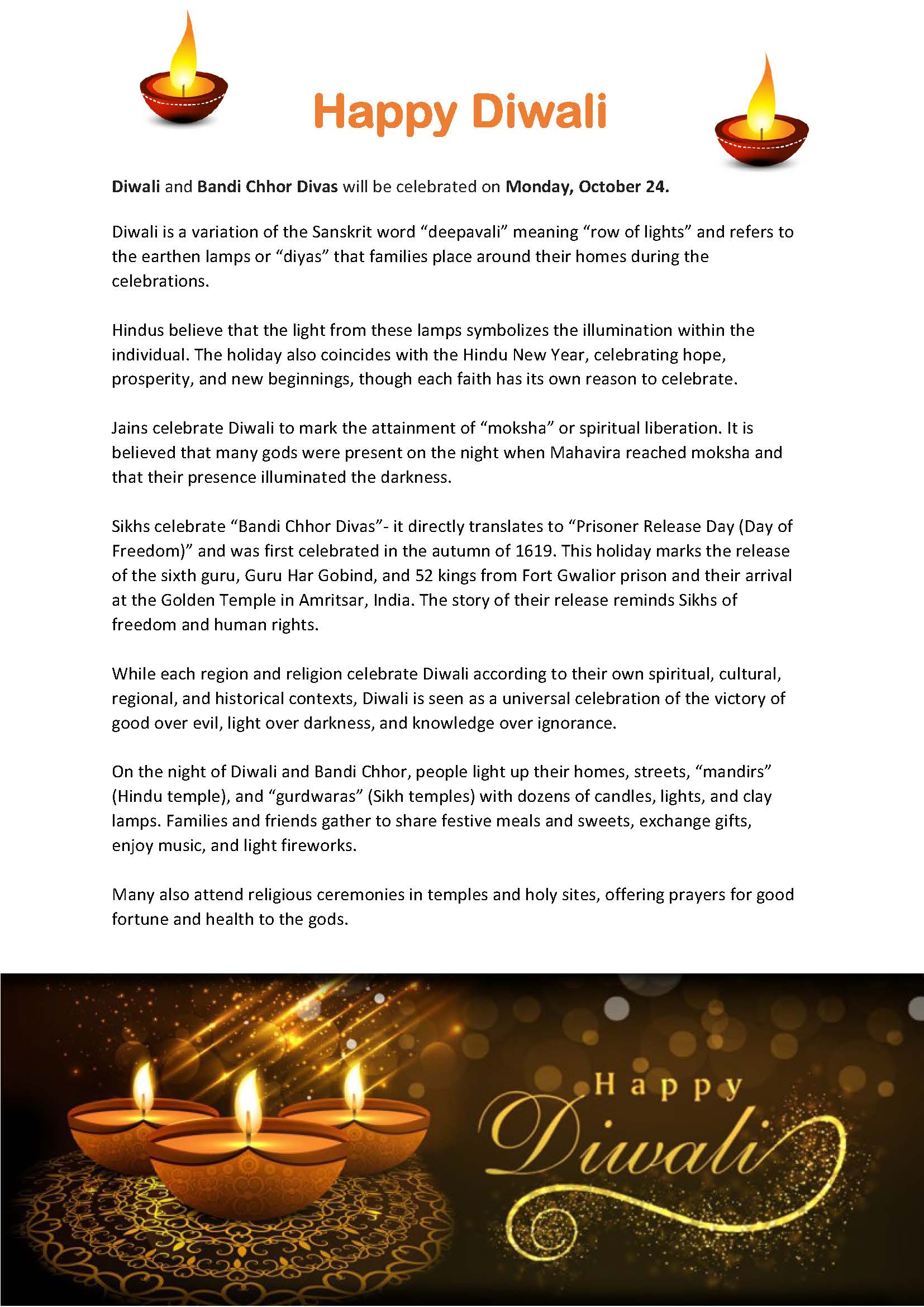 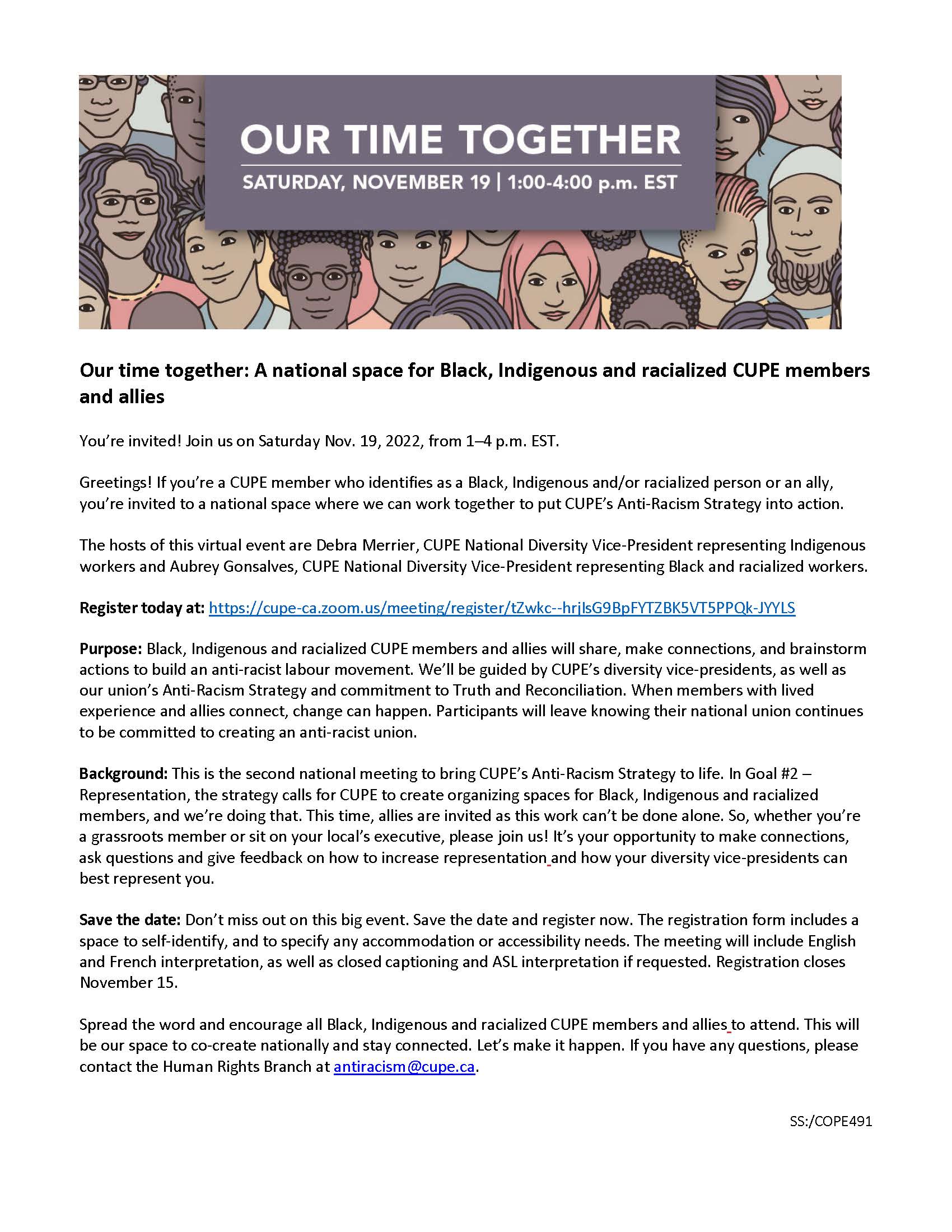