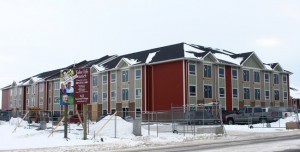 The employees voted 93% in favour of joining CUPE in their second attempt this year to form a union.

CUPE Alberta President Marle Roberts said, “The members came to CUPE because of complaints about unfair treatment in their workplace”.

“With over 600,000 members across Canada, CUPE can offer these workers the best resources around to settle their issues and bring them better working conditions and wages,” said Roberts.