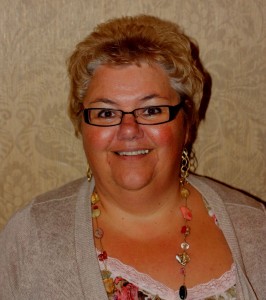 CUPE Alberta President Marle Roberts used her opening address to the 2017 convention to highlight the progress made by CUPE for working people in the last year.

Listing the commitments and resolutions passed at the 2016 convention, Roberts outlined progress made on behalf of Alberta’s working people.

“Looking back at last year’s convention – you passed a policy paper that was remarkably far sighted about how Alberta needed to weather the low price of oil,” said Roberts. “You told us to lobby the Alberta government to invest in public infrastructure. We did, and the NDP listened.”

“You told us to fight poverty by advocating for a higher minimum wage, and school lunch programs. We took those concerns to the NDP and they are acting on them.”

Roberts was particularly pleased that efforts by CUPE Alberta and Friends of Medicare to stop the sale of plasma for commercial use. The Alberta government this week introduced legislation banning that practice.”

“We are making a difference.”

Roberts said 2017 would be a year of challenges for CUPE, starting with local elections in the fall.

“Friendly governments don’t just happen. We need to put our money, our brain power, our training, our energy and our votes behind the candidates that share our values.”