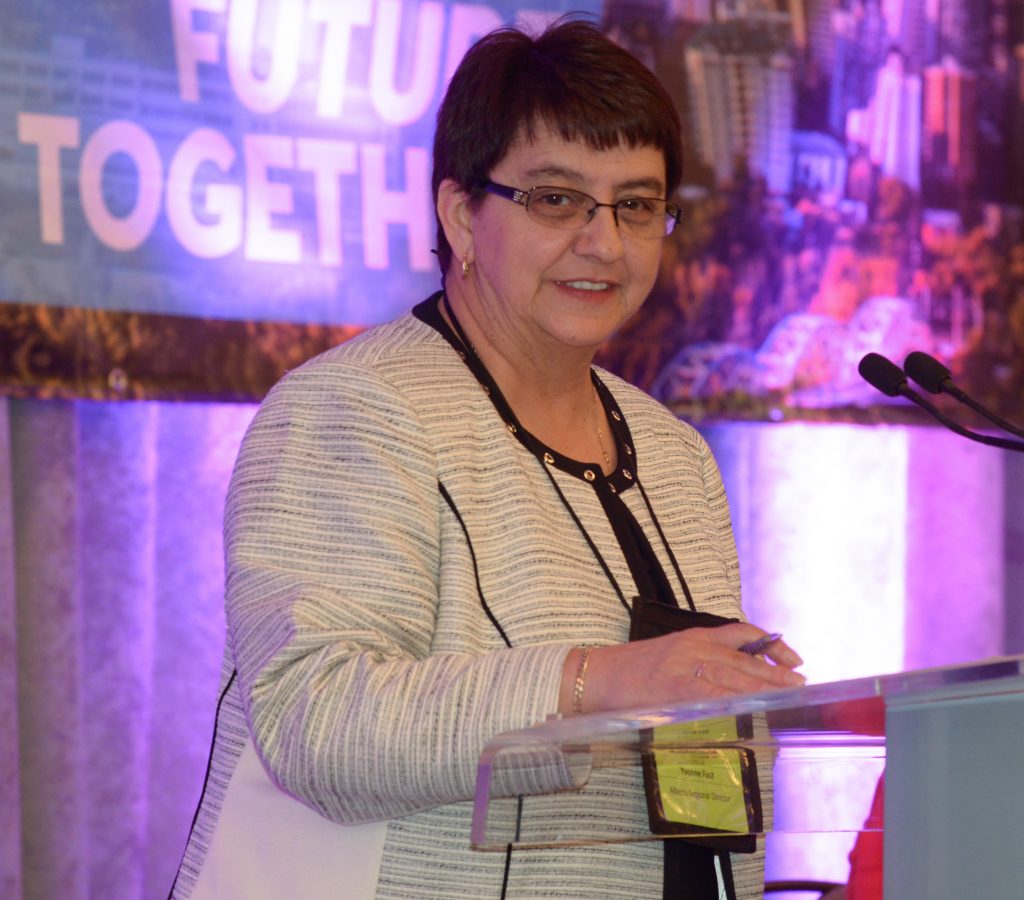 We have just learned about the passing of Yvonne Fast.

Yvonne spent her entire career in CUPE. She served as the President of the now defunct local at the Royal Alexandra Hospital in Edmonton, then as President of CUPE Alberta, worked as a National Representative in Red Deer and Edmonton, health care coordinator, and Regional Director from 2014-2018.

It’s no exaggeration to say she dedicated her life to CUPE.

Donations can be made in her name to the Canadian Cancer Society.