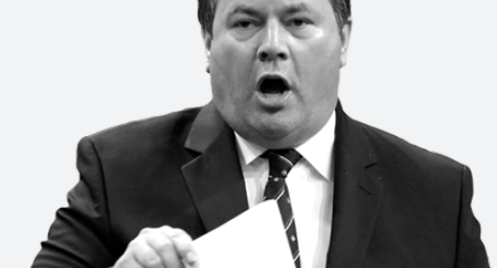 Even with deep cuts to public services, and with $436 million in new taxes, fees, licenses and premiums, the UCP are making Alberta’s debt and deficit worse.

Not that deficits are the problem Jason Kenney says they are. But deficits are why we are seeing all these cuts and tax increases, right?

No. Last year, Jason Kenney blew up Alberta finances with a $4.7 billion tax cut to corporations. That tax cut failed to create a single job. In fact, Alberta has lost 50,000 jobs under the Kenney plan.

And we are paying a steep price. Here are some of the features of today’s budget:

We all pay more

Last week, Education Minister Adriana LaGrange said all school boards would receive additional in the budget. What actually happened is that districts are now “allowed” to spend an “additional” $100 million from their own fundraising and reserves.

Even though the deficit is getting larger, the UCP says they can balance the budget by 2023. That’s because they are relying on unrealistic economic projections. The budget projects a 2.5% growth in the Alberta economy in 2020, while five major banks are projecting an average of 1.7%. The UCP project an average oil price of $58/barrel, when the price has been hovering in the $45 range for some time. And Jason Kenney predicts 7.5% increases in revenue in 2021-22 and 2022-23, when private sector forecasts are much lower.