There is a lot of concern among CUPE members who belong to the Local Authorities Pension Plan (LAPP) regarding news stories about losses in Alberta public sector pension plans.

CUPE Alberta will have more to say in the coming days about this story, but for now here is the official response from the LAPP itself. 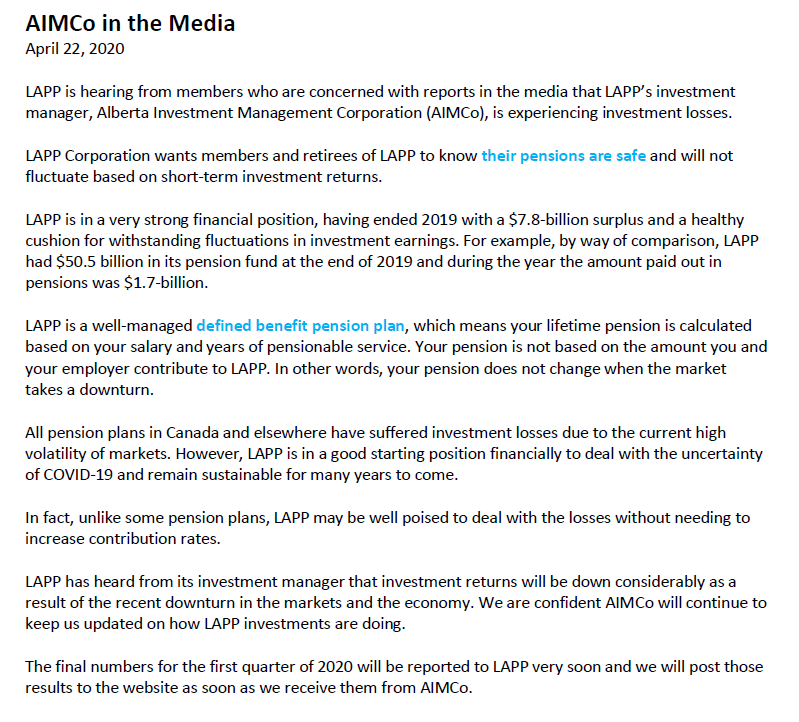 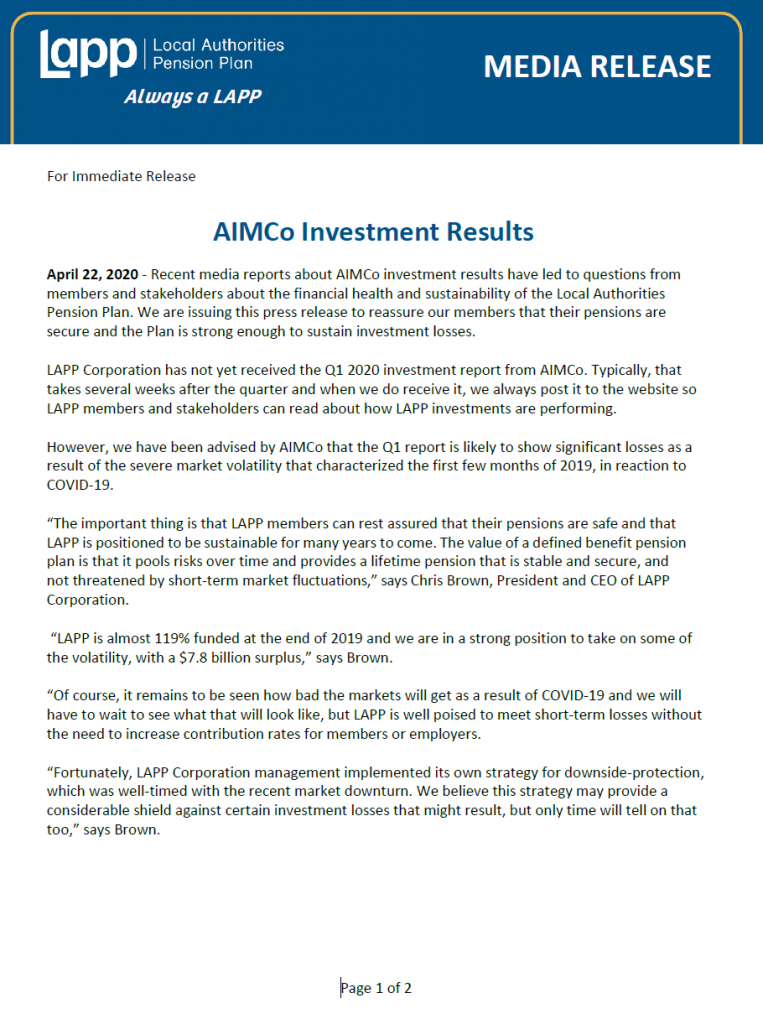 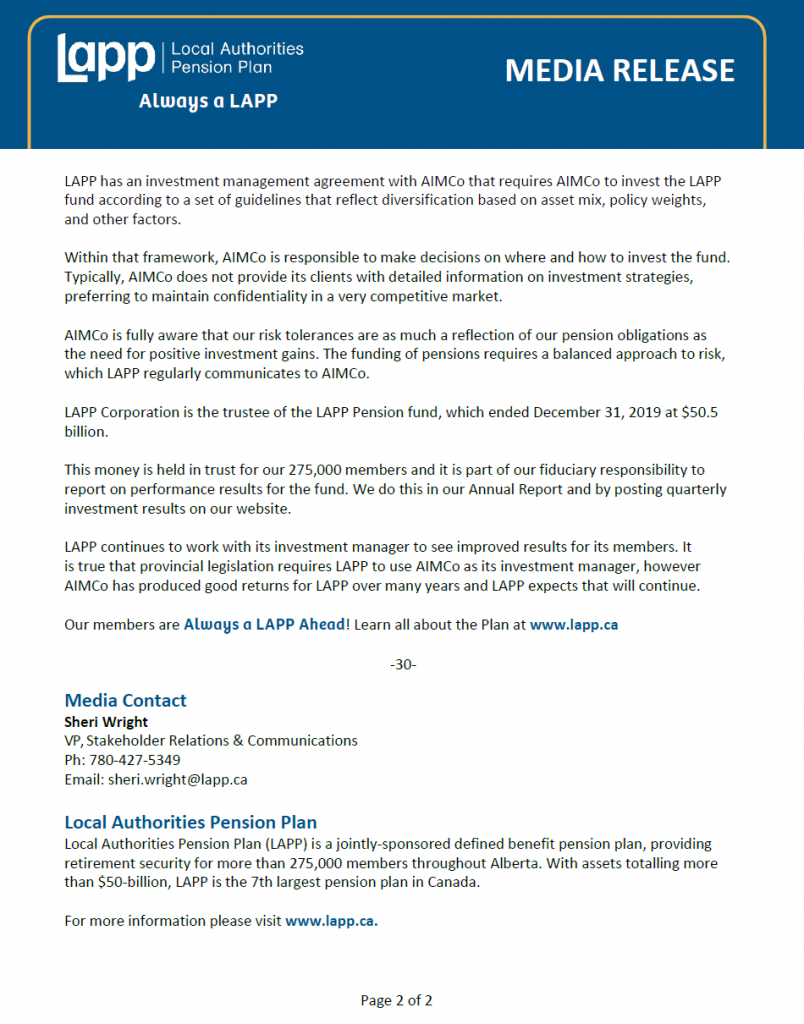