CALL ON JASON KENNEY AND THE UCP TO PROTECT PUBLIC HEALTH CARE.

CUPE Alberta delivered 30,000 letters to the Legislature today. The letters, written to MLAs from concerned Alberta citizens, call on the UCP government to stop its attack on public health care. 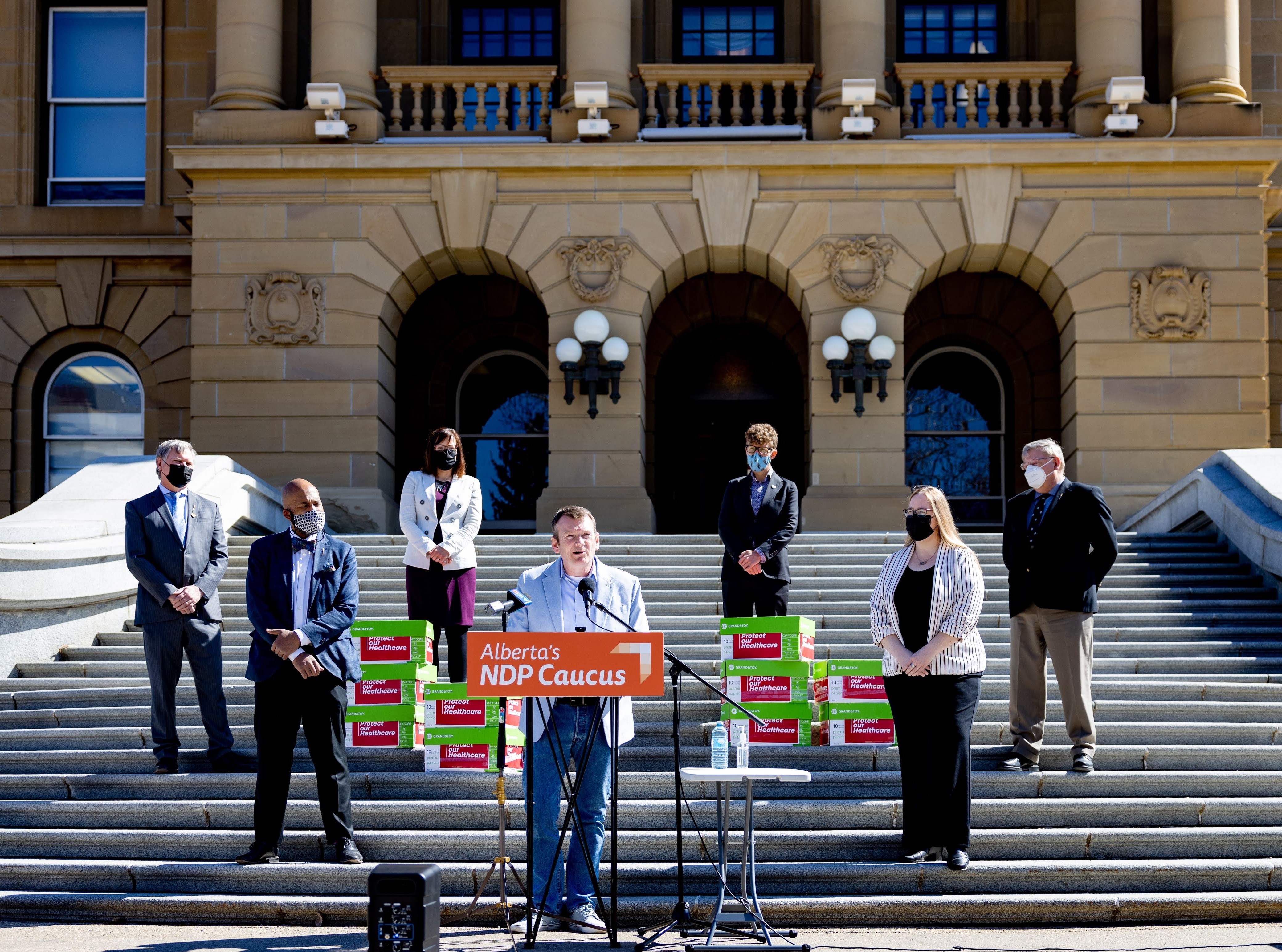 “We are in the midst of a global pandemic. The government should be doing everything it can to protect our healthcare, instead they’ve picked fights with doctors and nurses, and now they want to fire 11,000 healthcare workers. It’s an indefensible plan that is going to have devastating impacts our health care system,” said CUPE Alberta President Rory Gill.

The UCP government announced in October that it would slash 11,000 health care jobs in Alberta in a move that is expected to create chaos in a system already stretched by the impacts of COVID-19. Gill joined NDP Health Critic David Shepherd and Labour Critic Christina Gray, who have been calling on the UCP to walk back their plan to dismantle Alberta’s healthcare system.

“This is not what Jason Kenney promised Albertans in the last election. He promised to protect public health care. We 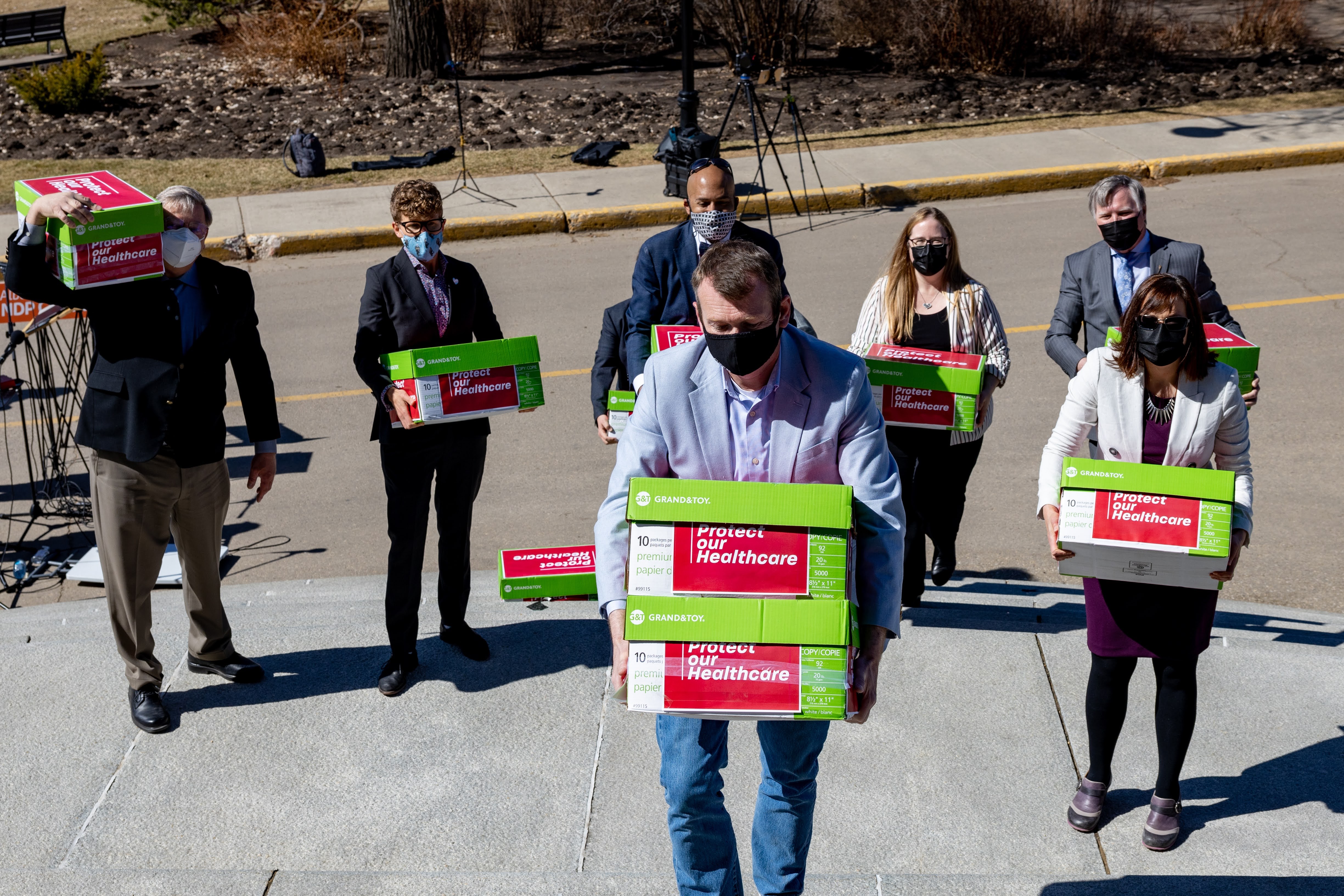 stand with the thirty thousand Albertans who’ve written letters to the UCP, and the thousands more who are calling on this government to do that right thing, cancel this disastrous plan and protect the public health care Albertans rely on,” said NDP Health Critic David Shepherd.

Gray added, “These are the workers who do the housekeeping, prepare food and provide laboratory services. They have risked their lives during an unprecedented health crisis. Then, the moment the pandemic is over, this government plans to hand them pink slips. It’s unconscionable.”

The letters were delivered to Premier Jason Kenney’s office and will be tabled in the Legislature. CUPE President Rory Gill is calling on all Albertans to make their voices heard and send Jason Kenney a message to stop his attack on the public health care system.