Student Support Staff at Edmonton Public School District are calling on the government to recognize them as critical workers. Members of CUPE Local 3550 are speaking out after a number of education workers were excluded from the Critical Worker Benefit – a $1200 lump sum payment promised to those who have worked on the front lines during the pandemic. 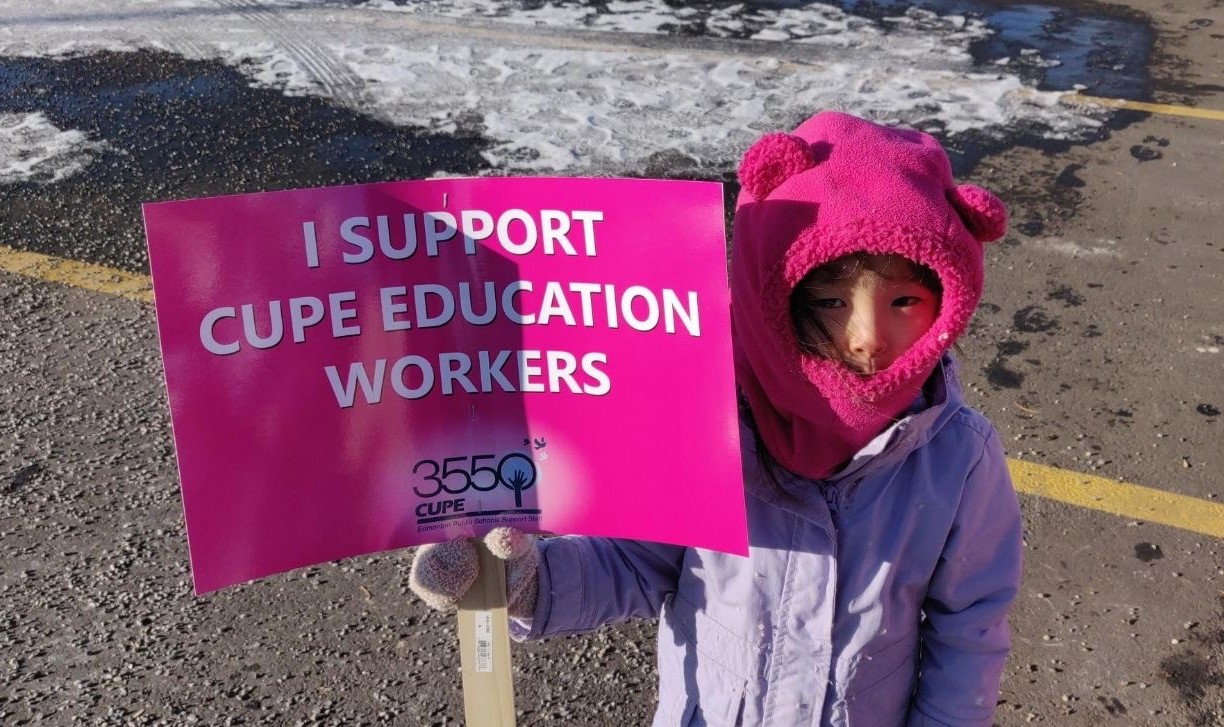 “It’s a slap in the face,” said CUPE Local 3550 President Jorge Illanes. “Throughout this pandemic we have showed up to work, we have sacrificed our health to ensure that students get the critical supports they need and now the UCP tells us we’re not all critical workers.”

Earlier this year, the UCP government announced a new Critical Worker Benefit to compensate essential workers in a range of public and private sectors, including workers in the Education Sector. However, arbitrary eligibility criteria means only a portion of Student Support Staff are eligible, despite them all working on the front lines.

“It’s offensive,” said Illanes. “The government has bungled this entire program. How can we be working shoulder to shoulder throughout the pandemic, and only a portion of us are recognized as critical workers?”

The limiting criteria for the benefit includes a 300-hour threshold that allowed for the exclusion of precarious workers.  These workers are not offered weekly full-time hours, which in the Education Sector is 7 or less hours per day. Other support staff were indiscriminately deemed as non-student contact classifications and were also excluded.  This was done despite the school board arguing in favour of including them and requesting revisions to the government’s criteria.

“We have to speak up. I’m calling on all of our members, and the public to tell the government that education workers are front line workers and call on them to ensure we all receive the Critical Workers Benefit,” said Illanes.

You can join the fight, and send a letter to the UCP by visiting https://3550.cupe.ca/