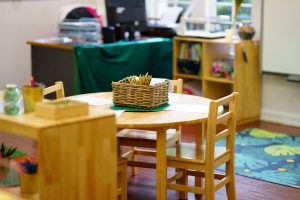 RED DEER – About 300 employees at Red Deer Catholic School District have a first contract with their employer. The employees include educational assistants, library workers, and clerical staff.

The deal provides modest wage increases, job protections, seniority provisions and a means to settle disputes when they arise between employees and the district. The contract was settled after almost three years of bargaining for a first contract.

“The average educational assistant in Alberta makes just over $27,000 a year,” said Gill.  “That’s not enough to live on, and it’s not enough for the people who help some of our most vulnerable kids.”

“The district has to get any settlement approved by the UCP government in Edmonton. And the UCP remain opposed to paying K-12 staff a living wage.”

Gill stated that educational assistants generally have at least one year of training and are required to balance teaching plans, individual student needs, and administrative responsibilities while keeping students safe.

“I’m glad we were able to move the needle a small amount, but Alberta needs to seriously re-adjust the compensation rates for K-12 employees.”