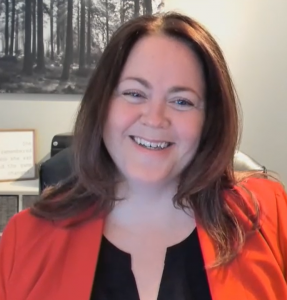 CUPE National Secretary-Treasurer Candace Rennick used her first address to CUPE Alberta to confirm her support of the fightback against Jason Kenney and the UCP.  But she also noted there was still a lot of work to do to change Alberta’s government.

“CUPE National will be there to support you, in every way possible, as you organize for the defeat of the UCP in the 2023 election,” said Rennick.

“We must have thousands of conversations with our members and their voting-age family members. We must explain what Alberta could be with a different government in charge. We must convince members that by voting together they can end the UCP’s reign and set the stage for the change workers need.”

Rennick said that attempts by the UCP to silence unions, like Bill 32, are backfiring because unions are becoming more organized in opposition.

“Jason Kenney thinks he has weakened us through his anti-union laws and his anti-worker budget, but his attacks only serve to strengthen our resolve. While he is struggling for political survival, we will be organizing a union revival.”

Rennick reported that CUPE has added servicing and specialist staff positions, including extending extra staff in Alberta for Bill 32 work, organizing, and a new supernumerary position to provide extra help during this very busy period.

The final issue addressed by Rennick was creating a safe space for members. Rennick reported that CUPE created a safe space working group made up of the women executive members to investigate the problems of discrimination, harassment and bullying within union ranks.

“It is difficult to accept that our organization like other organizations has these problems. But our research, carried out with the assistance of experts, confirms they are widespread,” said Rennick. “The difference between our union and others is we are refusing to sweep the issue under the rug. I am incredibly proud that our working group gave a full and public report to our last national convention.”

“But we are also determined to take preventative steps. This includes finding ways to change the deeply rooted culture that permits and perpetuates this discriminatory, destructive, and anti-democratic behaviour.”