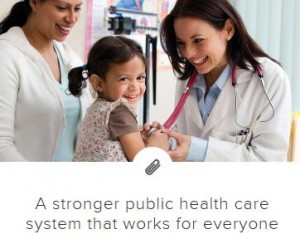 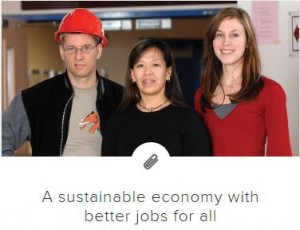 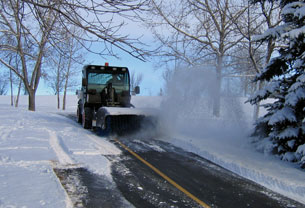 CALGARY – The President of the union representing most Alberta municipal workers reacted to news that Calgary taxpayers paid ten times more for snow clearing on bike paths than they would if the work had been done by city employees.

“This is just another example, in a long list of examples, where public services are offered more affordably than private, contracted out services,” said CUPE Alberta President Marle Roberts.

“Governments are all too eager to give work away on the theory that it will be cheaper, when time after time, it’s actually more expensive.”

Roberts called upon the City of Calgary to abandon the use of contractors for snow removal.

“It’s clear we get better service at a better price from the proud and dedicated employees of the City of Calgary.” 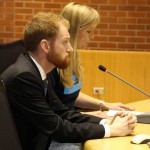 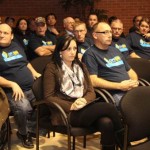 FORT MCMURRAY – After a strong lobby effort by municipal workers, the Regional Municipality of Wood Buffalo passed a public utilities by-law this month naming the municipality as the only entity allowed to provide utilities within the municipal boundaries. … Read more…

CALGARY – Marle Roberts, President of the Alberta Division of the Canadian Union of Public Employees (CUPE Alberta) is calling on ENMAX, a publically owned utility, to reverse its decision to outsource 38 jobs to India.  … Read more…

BOWDEN – Employees of the Town of Bowden have voted to join the Canadian Union of Public Employees (CUPE).

CALGARY – The leadership of three local unions representing City of Calgary employees thanked their members today for their hard work during the current flood crisis.

The Presidents of Locals 37, 38 and 709 of the Canadian Union of Public Employees (CUPE) said their members have been working around the clock to keep Calgarians safe, and to help them in any way possible.

CUPE 37 President Don Monroe said many city employees are working 20 hour days.  “Our members are rising to the call, the community needs them, and they are there. Without everyone doing their part – the crisis could be a lot worse.”
… Read more…